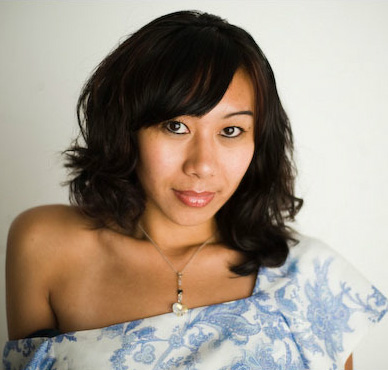 Fashion & Wardrobe Stylist Karla is a native Filipina raised in San Francisco. Her birth name is Maria Karla Abellanosa Magsalin. Her father is from Manila and her mother is from the Visayan Islands of Cebu City. Karla’s innate artistic ability has been spotted since she was a child. She took ballet and tap dance
lessons at Betty May in San Francisco. At the young age of 6 years old, her artwork was chosen during a children’s drawing competition for the San Francisco Dental Association.

She first attended Saint Charles Grammar School then transferred to Saint Anthony’s in fifth grade. At Saint Anthony’s, she was not only involved in the Arts, but also in sports and student council. She was elected Commissioner of Publicity in 7th grade and became Student Body President during her graduating year. Other than Art, her favorite classes were Science, English and History. She also loved playing sports during P.E. She loved sports so much that she played the position of a guard for the St. Anthony’s basketball team from fifth to eighth grade.

After graduating from Saint Anthony’s with a Leadership Award, Karla attended high school at Saint Ignatius College Preparatory in the sunset district. At SI, Karla continued to experiment with her artistic ability but also developed a new passion for dancing. She was involved with jazz dance classes and was part of the Dance & Drill Choreography Team during her junior year. Throughout high school, she was also part of a Hip Hop Dance crew called Future Shock sponsored by Nike. After graduating high school, she was recruited to Bloc Dance Agency in Los Angeles. However she turned the offer down to pursue her dreams of finishing college, but at the same time she was part of a local hip hop dance group called Mind Over Matter directed by Allan Frias (star of the reality show “So You Think You Can Dance.”)

Karla’s short-term goals were to graduate college after high school and study fashion. But her long-term goals were always to style people with beautiful clothing and design garments that make people feel confident mentally and physically. Karla’s ability to pay close attention to detail and have a keen eye for up-to-date trends helped her develop her own personal style as well. Ideally, her dream job since she was a little girl was to always open her own small boutique and call it her “baby”. While going to school full-time at Academy of Art University, she worked various retails jobs as a sales associate and visual merchandise assistant at several companies such as American Eagle Outfitters, Levi’s and Gap. These work experiences in the retail/corporate world helped get her feet wet and learn the ropes of the fashion industry, other than her education from AAU. She also interned at the De Young Museum Store in San Francisco, assisting the visual merchandiser and buyer. In two of her classes for the Visual Merchandising Program, Karla won design competitions twice in which both of her window designs were displayed at the prestigious Intercontinental Mark Hopkins Hotel in San Francisco. Today, Karla is a fine product of the Academy of Art University and has expanded her knowledge in the School of Fashion Department. She is a scholar of life and loves to travel to find new inspirations in her daily surroundings. Karla is determined to use her creative outlet as a communicational tool in order to make a difference in LIFE, not only for herself but also for the people that she meets. It brings a smile to her face when people feel comfortable in the clothes they wear, whether its for work, a simple uniform or cocktail dress during happy hour, or just comfortable sweat pants and a t-shirt parlaying with a glass of wine at home.